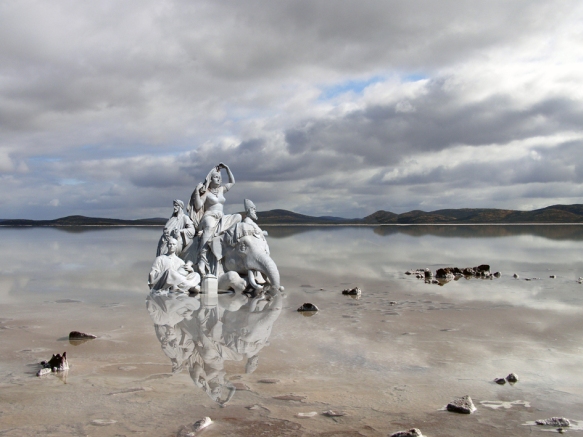 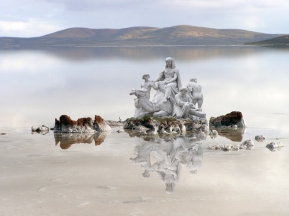 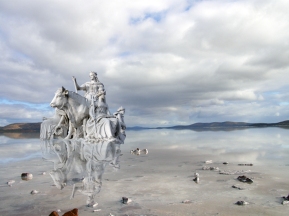 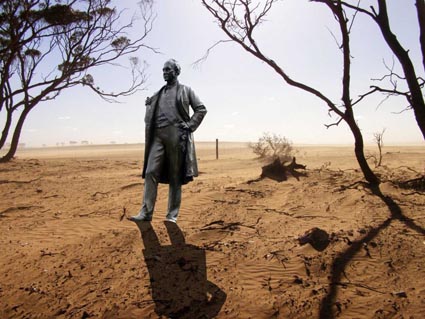 In the series Continental Drift, Sue reflects on the history of repressed human movement and the white cordon surrounding the Australian Continent. These allegorical statues were created at the centre of British Empire to represent the different ethnographic groups across the globe. Now cast adrift into the remote interior of South Australia’s landscape, they become mythical apparitions in an interminable state of waiting at the far edges of Empire.

Planning for Paradise explores the hazy borders between nature and culture, dreams and consequences. Sir Thomas Elder, pastoralist and philanthropist of colonial South Australia, has been spirited away from his North Terrace pedestal to witness a dystopian future where nature has been pushed to its limits.